From 13-15 April the Annual Meeting of the BDG took place in Berlin, Germany. Evta President Dr. Susan Yarnall Monks was invited as special guest and wrote a report of the meeting. 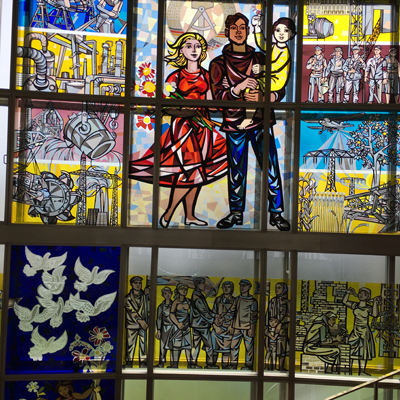 I was fortunate to be one of the special guests at the 30th anniversary Congress of the BDG (German Singing Teachers Association). It began on Friday 13th April with over 300 participants in a very good auditorium in the European School of Management and Technology in cooperation with the Hochschule für Musik “Hans Eisler” Berlin.

The welcoming speeches were interspersed with musical items including a costumed demonstration of Baroque dances by Lully, a soprano concert aria by Mozart and a tenor aria by Puccini. This was followed by a lecture on the theme of the Congress “Lachen und Weinen” featuring examples as diverse as Gesualdo, Shakespeare, Beethoven and ‘My Fair Lady’. We were then treated to a lovely string quartet and baritone performance of Dover Beach by Samuel Barber and Professor Stewart Emerson guided the five students through the text and sonorities of the piece.

Then Dr. Petra Kob gave a very clear presentation on the effects of hormones on female singers. She dealt exclusively with women and did not explore the complexities of pubertal changes in boys or girls. It certainly stimulated a lot of discussion but there did not seem to be much awareness of the international level of research in this field. We finished Friday with Adam Benzwi who worked on text and music with a song by Adolf Strauss, getting the young singer to put the text into his own words and then lots of ‘sprechstimme’, mixing spoken and sung phrasing and vocalising many times to ensure a great depth of interpretation.

The river cruise on the Spree was a great opportunity to socialise and learn people’s interests and backgrounds but as in Helsinki and Paris we were treated to torrential rain and lightening, so very dramatic!

Saturday morning began at 9am with Professor Sascha Wienhausen outlining the future of the BDG and the increased professionalisation and certification they are proposing. This created many questions in the rank and file! Walter Prettenhofer lightened the mood considerably with some very amusing demonstrations of different kinds of laughter (an excellent actor!) and tears with plenty of musical examples. A very clever demonstration which would have been equally fascinating in English! The only thing he didn't explore was the effect of the lower abdominal muscles of both Lachen und Weinen.

We then had a comprehensive overview of the singing aspects of the education programme run by the Berlin Philharmonic featuring Simon Halsey and Sir Simon Rattle. This was followed by a short lecture/demonstration of jazz improvisation on Autumn Leaves (which I felt was pretty basic) and then two lesson demonstrations using Frülingstraum from Winterreise and R. Strauss’s Ich liege dich. Both of which gave me some new ideas for approaching teaching and so worthwhile.

The Barber of Seville

The performance of The Barber of Seville at Komische Oper was excellent and unforgettable. In modern dress with texting, Facebook, refugee crisis, electric guitar and video it brought the story bang up to date for a new generation and it was very cleverly done without denying the power of Beaumarchais or Rossini at all. The singing was superb!

Alexander Technique, methods of singing and much more

Sunday began with a gentle demonstration of Alexander Technique, followed by an excellent lecture giving an overview of the ‘Kaleidoscope’ of the various ways we teach singing by Dr. Barbara Hoos de Jokisch. Even with my limited German I could tell she had really clarified the muddy waters of our teaching profession in such a non-judgmental way but with an historical overview that helps us all to be more professional in the way we work.

We then had two young presenters talking about their work creating a popular music course in Berlin which I had hoped would contain a little more detail on how the course was structured. Then Dr. Philipp Caffier gave a generalised overview of the grunts, belting, distortion effects of singing ‘Pop’ music which was very scientific but I am not sure everyone would agree with his conclusions. Dr. Kevin Clarke talked about the changing cultural expectations and the role of women in Operetta, contrasting various performances from historical archives to the present day, a stimulating and provoking presentation.

Finally Anne Schwanewilms spoke with Professor Marilyn Schmiege about her illustrious career and then worked with two young singers. Sadly we ran out of time as she had much to teach us about using the air we breathe to spin the sound. I confess I am a huge fan of hers having heard her as an unknown singer in 2002 in Euryanthe in Glyndebourne and it was a huge honour for me to finally meet her and her husband. A truly wonderful, sensitive and intelligent singer.

So BDG is in good health, the general feeling of the participants was that it was a good Congress, they now have some new blood on their board but Marilyn Schmiege and Bettina Kerth are still there and are coming to Eurovox in Den Haag. 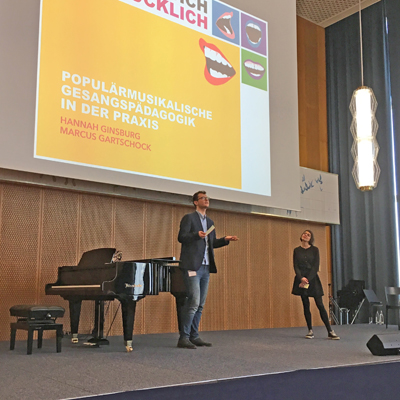