New Executive Board Elected, Thanks to Previous Members

Susan Yarnall Monks, the current EVTA President writes that the Annual EVTA Council Meeting was held legally and correctly via Zoom on Friday 11th September 2020. Reports were received and approved by the 16 Councillors who were present and elections were held for seats on the Executive Board. All votes were unanimous.

Claudia Phillips retired from her term of office as Secretary and Eleanor Forbes is our new Secretary.

Bo Rosenkull from Sweden joined the Board as Member-at-Large.

The Executive Board were thanked for all they do, with special thanks to Martin and Ineke for all their contributions to EVTA. Claudia Phillips was given Honorary Membership of EVTA for her many years of work for EVTA and as you can read from her letter of thanks she has indeed been a tower of strength and a powerhouse of energy. We shall miss them all but our new board are already up and running and the future for EVTA is in safe hands. 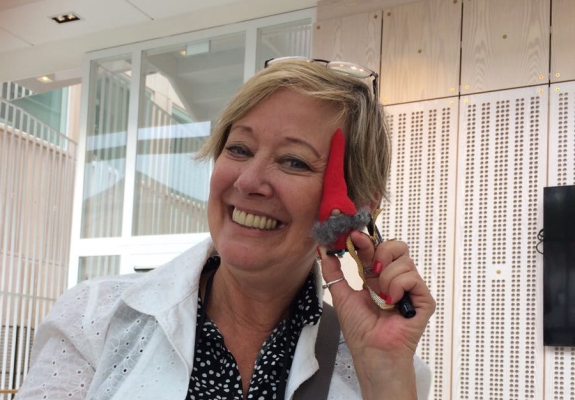 Letter from Claudia Phillips, member of the Executive Board of EVTA (2006-2020):

As an American living in France for the past 43 years, EVTA has been a large part of my European education. My participation in the various projects and meetings of our wide umbrella association has given me a sense of what Europe means, through the prism of singing and teaching. The sheer amount of dedicated, passionate artist/teachers I have met and had the pleasure to work with over the years is simply overwhelming. The friends I have made will be friends for life. Some of the highlights:

- YPP. The first YPP was in Vienna in 2006- I was not involved in the project at the time, but by the time we received the first European funding (known among us as “Leo 1”), the YPP project was off and running in 2009 at ICVT/Eurovox in Paris at the Folies Bergères. Every edition since then (Munich in 2012, Riga in 2015, Stockholm in 2017, Den Haag in 2018, and almost Edinburg in 2020) has been a joy to organize and nurture, as well as being a helluva lot of work! Working with all those young artists confirmed my feeling that music and singing have no borders.

- Riga in the summer of 2015.  Living the Latvian “White Nights” tradition, with every head sporting a flower crown or a wreath of oak leaves, the dances around the summer fire and the procession through the oak and linden trees in the forest is an experience I will never forget.

- Hosting ICVT in Paris, during the Great Recession.  I had no idea what I had gotten myself into, but thanks to my colleagues (special mention to Anne Constantin, Norma Enns, Marvin Keenze) we all got through it somehow! The huge thunderstorm that blew a French fry stand over on top of a couple of Australian octogenarians; the Japanese delegates who enjoyed the wonderful French wine so much that we could only identify them to take them back to their hotels by the ICVT bags they carried; the people who were unhappy that there was no simultaneous translation, the incredibly moving presentation on gospel singing, where we all really came together… and singing “ICVT” to the tune of the Village People’s “YMCA” at the opening ceremony.

In spite of my inexperience, first in the French association and then in EVTA, I found myself in the position of flag bearer for the integration of pop and jazz in the world of singing teacher associations. I think things have moved forward, but there is still a long way to go, as is the acceptance of the choral world in our mostly solo voice teaching. Building bridges between those worlds, as well as with the world of science and research through our collaboration with PEVOC, and joining networks like EMC/IMC, have opened up new perspectives and opportunities for EVTA to learn and grow.

I am confident that the new board and the members of all EVTA’s member associations will use this troubling global situation (pandemic, climate change…) to re-think and realign our priorities, individually and collectively. To reinforce the connection between art and society, between teaching and enlightenment. To continue to guide our young people, and trust that they will find a way to overcome what sometimes seem to be insurmountable difficulties.

Thank you, EVTA. You have given me so much. I will miss you but I am happy to be leaving the board in very capable hands!